Tips for Greenalp Real Time GPS Tracker. You are allowed to add two overlays which is a really nice little addition to the program. An overlay is a previously created route or track saved as a . KML file and uploaded to a web server, and then the Real Time setup points to the file. This is sort of neat so you can put the overlay there, then when you run/walk/bike/ski/drive the course your “guest” viewers can see where you are at on the actual course. You could create a collection of overlays, and then update the web site with the one you will want to display next, but I do not want to go in and have to change this all the time. I wondered if I could take several tracks and merge them together, then upload the combined KML file and see each of the courses. Turns out this can be done. I got a very simple program “KML Merge”.

I created several KML files by exporting tracks out of Sport Tracks, then used KML Merge to… merge them together. Simple.
I posted the newly merged file on the web server, went to the Greenalp setup, added the merged file, and now have several different courses using only one of the two files allowed.

I wanted to show you how Real Time GPS Tracker works when you go to the web site and view the map during a run. But while the web site dispays a series of actual points during the run, it does not maintain the information in a method that allows it to be replayed.

Using Real Time GPS Tracker to run the Winnipesaukee River Trail between Franklin and Northfield New Hampshire. When I go to New Hampshire on business I always like to run the Winnipesaukee River Trail at least once. It is a nice six mile “out and back” which is an old train route. I have documented in in pictures before. This time I tried a little experiment using Greenalp Real Time GPS Tracker, a little utility that I have been playing with recently.

First I logged onto the Greenalp web site, and set up all the tracking information. I verified that as one of the two allowed map overlays I had loaded was for the “WRT”, then went to the map page to verify the overlay was visible. NOTE: If you have not sent any information from the phone app to the server the map appears blank. This makes it hard to determine what will happen in the next steps. So allow the phone to send your location, then you can turn it back off.

You may want to change the zoom factor on the map to capture more, or less, detail depending on the length of the run you are planning. You can make the map full screen and zoom in so you can see the entire overlay of where you will be running, if you are using an overlay. If you zoom in to far, the map will self center so you will be able to see the point, but it may cause unwanted jumping around of the screen. Conversely, if you zoom out to far the track is so compressed you will not be able to see where the run occured in any detail.

The next part of this was figuring out how to make a movie of the run. While I could have easily done a screen dump during the entire run I was concerned it would create a huge file that would be a)boring b) difficult to download. What I wanted to do was a “time lapse” movie. So, how to do that was the next challenge. After much searching I ended up using two programs I already had 1) Snagit and 2) Windows Movie Maker. http://www.techsmith.com/snagit.html

After much experimenting I found that SnagIt does not directly capture time lapse movies, even though it says it can do this. NOTE: If you know how to do this please let me know the secret! So I created a new profile to take automatic screen captures every X seconds. It must also have automatic file naming activated. After testing it a couple of times I felt I had a workable solution. I let it run awhile taking screen captures to see how large things were going to get. Once I had about 100 individual screen shots saved as .png files (other types can be used.) I wanted to try creating a movie. I fired up Windows Movie Maker and imported all the screen captures. I drug, dragged… moved all the files into the time line and then played around a little bit with the transistion effects, basically cutting the display and transistion to as short as it would allow me to. This resulted in about a 40 second, 90 megabyte movie. (This is higly dependent on screen resolution, capture size, file type, frequency, etc.) Then i used the “create movie” to make a movie. (.WMV) Success! Worked great.

So, last night I was able to get out to the “River Trail” for a run. Before I left the hotel I started the app on the phone, I logged onto the Greenalp web page, pulled up the map, and then screwed up. I did not allow the phone to send the location (hence the note above!) and then I did not zoom in the way I meant to. Anyway, I did my run, got back to hotel, stopped SnagIt. Created the movie, and ready to post it on the blog.

Tracking a run with Real Time GPS Tracker
It appears I lost GPS signal a couple of places, even though the Garmin watch never did. The track has a strange leg in it over to Mount Cardigan, which is a place I have run before, but don’t know why it would show up on this map.

Anyway, if you are looking for a way to track runs, but especially for others to see where you are running in real time, this is working great for me. The whole movie thing was just an experiment to see if I could capture a track to show what it looks like here on the blog. It is not something I plan to do on normal runs, where the Garmin 305 combined with Sport Tracks does a better job of recording “historical” data.

Been playing around with this, and found how to add an overlay.
Seems like it has a lot of possibilities, especially on known routes such as established races.
If you run with a GPS watch, you can probably make an overlay easily from the watch data. I did one below.
Save the file as a KML.
Add it to a directory on your web host.
Put the URL to the KML file in the Real Time Tracker set up “Custom Map Overlays”, like this.

The go to the Map page, scroll around the map until you find where the run is.
You are ready to go. I need to get out and try this soon. I am hoping it will add a track right on top of the “planned course”. I see this as really useful when out of town running a race so others can watch the progress. Actually even if they are at the race, they can track on a smart phone to see right where I am at, like coming to an aid station, or nearing the finish line! Pretty cool! 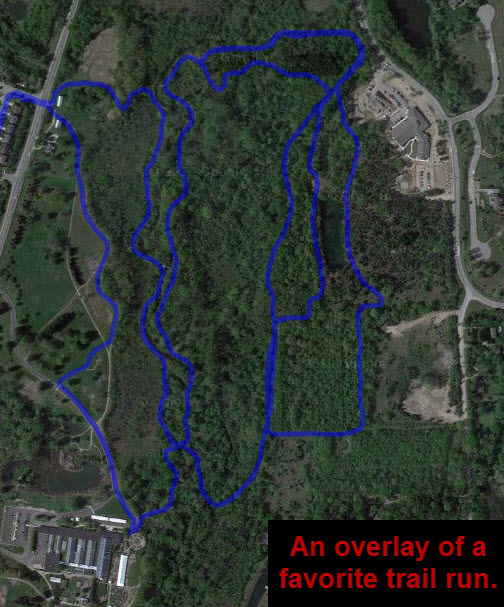 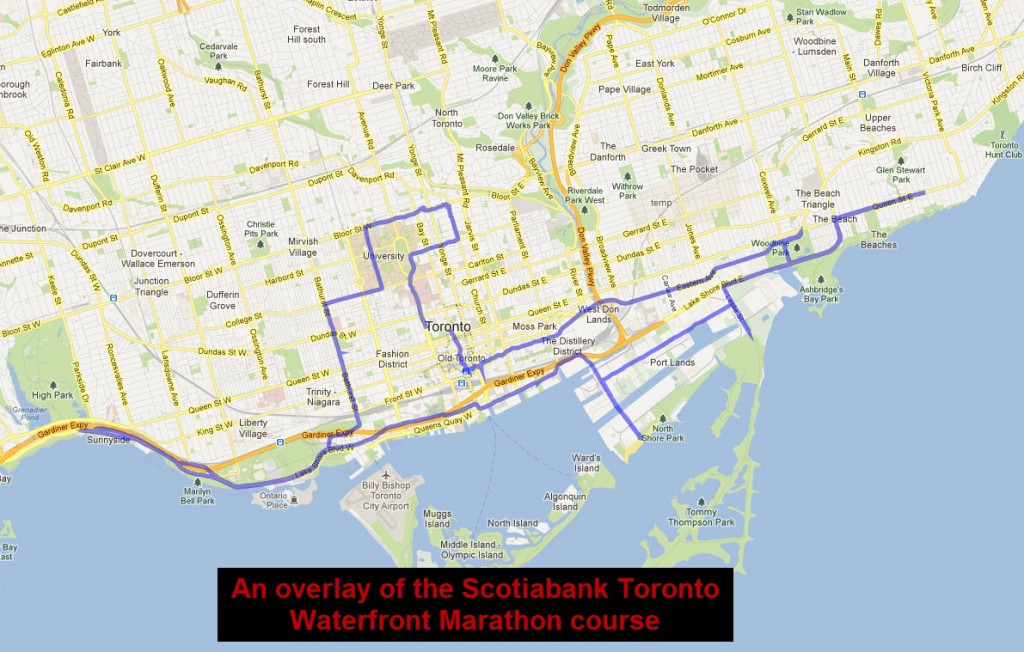 I have been searching off and on for a way to let people know:

a) Where I might be running when I am traveling, and if I am out in the hills somewhere maybe an idea of where I could be found if I don’t get back within a reasonable time.

b) During a race where I might be at on the course so people know when I may be at a chosen location.

I tried a number of different ways, none seemed to be what I wanted.. there are programs that let you send the current location via email or SMS, but they did not do what I wanted. Some only have “fences” that can be programmed to let someone know when you get to a certain place, which is nice, but by the time I get to the end it is to late to let the person know.

Finally I came across “Real Time Tracker”, by Greenalp. This does what I have been looking for!

b) it sends constant position updates, directly to a map, not just the link to a map.

c) it can be put right here on Kazology.

d) it can send text msg if you want it to.

e) it is very configurable as to frequency of recording way points, and also when it transmit the data to the server.

f) it WORKS! which at least one program I tried did not… I had to pull the battery to get it to stop.

g) it also can do overlays, which I have not done yet, but sounds pretty cool, especially for races. I believe you can add a KML file of a route previously run and recorded, or for some bigger races a downloaded map of the course. Then when the Android is transmitting it shows not only the current location and track taken, but where on the course you actually are at any given time.

h) it saves the last recorded route until a new one is started. The duration is configurable.

i) it allows tracking of multiple phones. Maybe 3-5 standard, more as a paid service.

j) you can create friends to share with, or wide open.

Check out the last, or current run!

This is particularly useful for runs when I am away from home so people can track if I am running or in a ditch. It can also be used during races to see where I am on the course… or pretending to run while I am sitting in a bar somewhere.

Posts in a Series